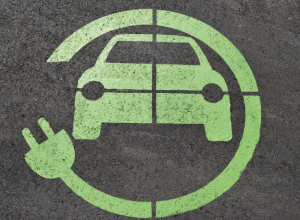 Whilst the news headlines may not be positive on all fronts, there are some promising things being reported for renewable energy.

The Spanish Photovoltaic Union (La Unión Española Fotovoltaica – UNEF) recently released its annual report for 2019 stating that it was the best year ever for the Spanish photovoltaic sector.  This was for two reasons:  The first being that Spain was the European country to install most solar power (4,201 Megawatts from large solar farms and 495 Megawatts from rooftop installations).  The second was that a large part of the components required for a solar PV installation (inverters; controllers etc.) are now produced in Spain and much less than half are imported.

In 2019, Spain was number 1 in Europe and 6 in the world (behind only China, USA, India, Japan and Vietnam) to install most solar PV. 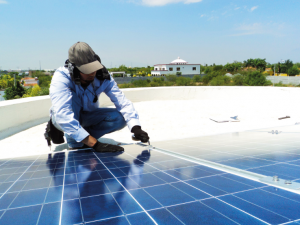 Closer to home, we can see evidence of this growth in the number of new renewable projects in Murcia, both in the business and private sectors.  Several large solar farms have been constructed across Murcia to make the most of all the sunshine we have in this region and turn it into electricity.

If you have visited Bolnuevo recently, you may have seen that the second stage of the construction of the solar farm to power the desalination plant in Bolnuevo is well underway.  In total, this solar installation will generate 8000 kW from a total of 24,200 solar panels.  At a cost of 6.9 million Euros, the project is expected to have paid for itself within 8 years through energy cost savings for the desalination plant.  Interestingly, for the first phase of the project, it was decided to place the solar panels over the desalination plant reservoir using a floating structure, which delivers the added benefit of preventing water evaporation and thus saving up to 35,000 cubic metres of water per year.

The Spanish government has recently created a new law aimed at boosting the energy transition to a 100% renewable electricity system.  Key measures include:

• A change in regulation around auctions for electricity that aims to transfer cost savings from generating renewable electricity to consumers.

• The removal of barriers and simplification of processes required to implement renewable energy projects.

• The measures to enable ultra-fast charging stations to be opened on roads and highways to facilitate the expansion of electric vehicle adoption.

• Allowing the deployment and financing of projects that guarantee employment and economic activity in areas of energy transition.