Our meeting at the beginning of March centred around three books; two with a similar theme and one offering a complete contrast.

A Thousand Splendid Suns by Khaled Hosseini is a fascinating yet harrowing tale of the lives of two women in Afghanistan. The novel highlights the many differences between our freedom and their lack of choices.  Domestic violence, bastard child stigma, poverty and acceptance of a life they ‘have to endure’ meant the book explored many emotional themes and left one of us wanting to visit Afghanistan and learn more.

In a similar vein, The Pearl That Broke Its Shell by Nadia Hashimi also explores life in Afghanistan, contrasting the present day with that of around 100 years ago. Rahima, a young girl with four sisters, is chosen to become a ‘bacha posh’; a girl dressed as a boy, so that she may attend school, escort her sisters and run errands for the family. Once she reaches puberty, she has to revert to living and dressing as a girl and her addict father sells her into an arranged marriage.  The novel parallels her life with that of her great-great grandmother 100 years before, who had a difficult existence after all her family died of cholera.  She farmed and later became a guard in the Palace harem; both ‘male’ roles.  We found this book very enjoyable and discussed the sadness Rahima must have felt once she reverted to living as a girl – her education ended abruptly, no more freedom, no chance to run and play.  The fact that life has not really changed in 100 years for the women of Afghanistan is quite difficult for us to accept.

Both of these books are recommended reads. 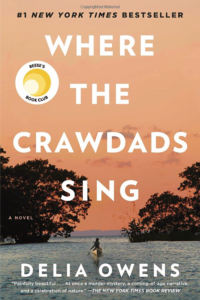 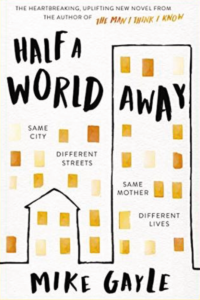 In total contrast, Cider with Rosie by Laurie Lee is a warm embrace on an English summer’s day.  Full of beautiful prose and vivid descriptions, this 1959 autobiography transports you to rural Gloucestershire in a time gone by. Covering Laurie’s earlier life, it chronicles traditional village life after the First World War, with excellent outlines of various village characters and their exploits.  From the language used, to the descriptions of daily activities, it is interesting to see how much the lives of both men and women have changed over 100 years in England.

The two books selected for next month are Where The Crawdads Sing by Delia Owen and Half A World Away by Mike Gayle.

Our next scheduled meeting is in the Social Centre, Camposol, at 2pm on Thursday April 2nd.