Are There Really That Many Far-Right Voters In Spain?

An investigation into why so many right-wing voters swung to the Ultranationalist Party in the last general election. 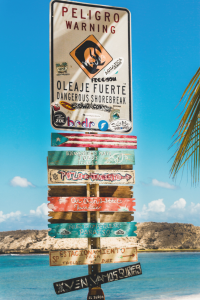 If I told you that November 10th last year the Spanish extreme right VOX Party more than doubled its number of seats since the previous general election in Spain in April 2019, would you throw your hands up in despair at what the world is coming to?

Believe it or not, the far-right VOX Party became the country’s third largest force in the national government with 52 seats, which represents an amazingly huge increase of 28 seats in relation to the 24 they held previously. The Socialist PSOE party won the general election with 120 seats out of a total of the 350 MP’s and make up the Spanish Congress and the Conservative Popular Party had 88. Left-wing party Unidas Podemos came fourth behind VOX.

Undoubtedly, voters were fatigued after the fourth general election in four years, but what made a large number of leftist voters stay at home or go somewhere else, rather than go to the polls? What actually propelled VOX’s rise and strong performance last yeas November the 10th was, without a doubt, the Catalan Independence Movement. Tensions rose in October, just a few weeks before the general election, after the announcement of very long prison sentences for the 12 separatist Catalan politicians, Oriol Junqueras, Josep Rull, Jordi Sànchez and Jordi Turull, among others.

More and more Spanish citizens can’t help but get really concerned about the worryingly huge gains made by the Ultranationalist Party, who found its footing, apart from due to the Catalan conflict, thanks to the increase in the number of migrants arriving on Spanish shores from the African continent. However, not only has VOX always campaigned for stricter controls on immigration, but it also denies the existence of gender-based violence, despite the 1,033 women killed in Spain by their partners or ex-partners since the year 2003. Were VOX in power, which hopefully will never happen, the government of my country would be a sad nationalist throwback to the era of Francisco Franco’s dictatorship.

Fortunately, Spanish progressives are already raising their voices, frightened because the neofascists are xenophobic, homophobic, sexist, hunters and bullfighters. (Oh, yes! The Ultranationalist Party also defends the use of weapons in the Spanish territory, as well as standing up for bullfighting and they consider the Spanish national festival ‘par excellence’). As if that was not enough, they oppose abortion and same-sex marriage. Did you expect any less from them?

In short, VOX’s arrival on the Spanish political scene is a major setback for Spanish democracy. Consequently, I really hope the PSOE-Unidas Podemos progressive government will become a reality as soon as possible. Fingers crossed!