The travelling outdoor exhibition, which has toured more than 45 Spanish cities since it started in Oviedo in early 2010, includes seven large three-dimensional pieces that interpret various motifs such as' the yew, in an alloy of steel and copper', which alludes to the Castro culture,' el asturcón 'and' el [...]

Applications for reduced garbage rate for business owners in Mazarron

The Department of the Treasury is already processing applications for the reduced garbage rate for owners of business premises that have remained closed as a result of the confinement measures by RD 463/2020 of the State of Alarm. For this, an office has been set up on the ground floor [...]

We are hopefully now out of lockdown, although we have to remain vigilant. We opened our shop in Puerto de Mazarrón on Tuesday 8th June, but during the lockdown many of our volunteers took the opportunity to tidy the shop and put into storage the bric-a-brac and electrical items we [...]

Although lockdown has eased and we are now able to enjoy a trip to a bar or restaurant, the rate of abandonment or calls for help has not eased at all and the struggle to help as many animals as we can remains. Funding these rescues continues to be difficult [...]

An Update From The British Embassy To UK Nationals In Spain As you may be aware, negotiations are continuing on the UK’s exit from the EU and some of you have asked what that means for you as UK nationals living in Spain. Please remember that citizens’ rights are already [...]

You may be wondering ‘how long does it take a rescue dog to adjust to your home?’ In the first 3 days, your new dog may be overwhelmed with his new surroundings and he may not be comfortable enough to be himself. Don’t be alarmed if he doesn’t want to [...] 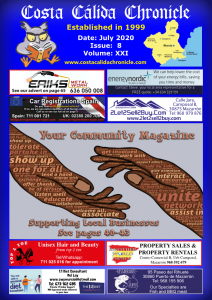 Search by Group or Charity Name 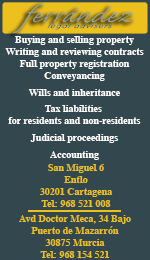