At the time of writing there seems to be some light at the end of the tunnel with regard to the terrible outbreak of Covid-19 which has brought the world to a virtual standstill. Shops were beginning to open along with bars and restaurants, albeit with reduced capacities and people were able to move about more freely whilst still needing to adhere to social distancing measures.

As expected the Spanish Football Federation announced that the regular season had ended for all football competitions at semi-professional and amateur level. However, plans were ratified for end of season play-offs between the top four teams in each division to decide promotion. Mazarrón FC finished their regular season in fifth place, but as Real Murcia ‘B’, who finished in fourth place on the same number of points as Mazarron cannot take part in the play-offs as their first team already plays in the Segunda B division, Mazarrón have qualified for the play-offs. 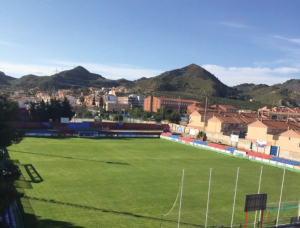 In previous seasons, the top four teams in each league immediately entered a knock-out competition on a national basis to determine promotion to the Segunda B. There are 18 regional leagues in Spain in the Tercera Division with 18 promotion places and the play-off competition involved games played over two legs. The champions of each division were drawn to play each other with the nine winning teams being promoted. The 54 teams finishing in second, third and fourth places were drawn to play each other, with the winners progressing to a second round of games which included the nine league leaders who had been beaten in their play-off games. The winners of these games enter the final round of nine games to determine the other teams promoted to Segunda B.

This complicated process saw teams from the Murcia region often travelling to the north of Spain to take part in play-off games involving round trips of almost 2,000 miles. The Covid-19 outbreak has rendered a similar competition this season totally unworkable, so a new simplified formula has been agreed whereby the top four teams in each Tercera Division play each other on a neutral ground over one leg to determine promotion to Segunda B. In Mazarrón’s case they will play league leaders Lorca Deportiva with second placed Atletico Pulpileno playing third placed Mar Menor. The winner of these games will take part in the play-off final, again over one leg, to decide who is promoted to Segunda B.

It is proposed that the games are played behind closed doors at the Pinatar Arena in San Pedro de Pinatar as soon as the health authorities deem that it is safe to do so; probably in July. 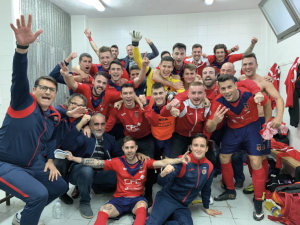 Segunda B is composed of four leagues of 20 teams, but there will be no relegation for the 2019/20 season, so to accommodate the new promotion system, a fifth Segunda B league will be formed in 2020/21 season. As the duration of next season is expected to be shorter because of Covid-19, there are proposals for all five of the Segunda B leagues to be split into two groups, with ten teams in each group, so that the initial phase of the season will involve each team playing only 18 games (nine at home and nine away).

At the end of the regular season, there will be a play-off system involving all the clubs, depending on league position, for promotion to Segunda B, (2nd tier of Spanish football), places in a newly formed Segunda Elite League which will be the third tier and relegation from Segunda B to the Tercera. It sounds, and is, very complicated, but what it means is that the Spanish football pyramid from the start of the 2021/22 season would be La Liga, Segunda Division, Segunda B Elite Divisions A & B, Segunda B as we now know it, Tercera Division, Preferente Autonomica, Primera Autonomica, Segundo Autonomica. Confused???

Due to Covid-19, all social events had to be postponed, including the Los Amigos de Mazarrón FC Gala Week events which were due to take place at the end of March. It is hoped that the Race Night, Celebrity Golf Day & Gala Dinner can be re-arranged when we return to normality as proceeds from these events are a great boost to the coffers of Mazarrón FC. Tickets for all the events should be retained for now. We hope to be in a position in the next couple of months, as and when the situation improves. You will be able to claim a refund if you are unable to attend the revised dates.

Hopefully this will be able to go ahead. 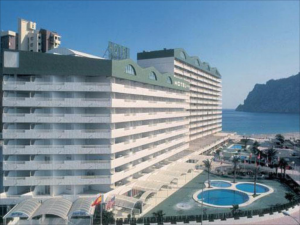 B & B at AR Roca & Esmeralda Spa Hotel plus excursion to Guadalest on the Tuesday and to the Chocolate Factory in Villajoyosa on the return journey on Wednesday.

Twin room with balcony, terrace, private bathroom and free Wi-Fi €125 pp to include coach and excursions. 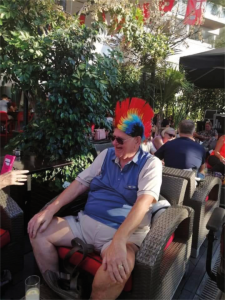 Los Amigos de Mazarrón FC lost one of its most popular and enthusiastic members with the death of Bill Haining on Wednesday 13th May after a short illness. Bill had been unable to get back to his home in Spain because of the lockdown and was with his family in Scotland when he suffered a cardiac arrest and died in hospital four days later. Bill will be very sadly missed by all at Los Amigos, his family and many friends.

When current restrictions are lifted Los Amigos de Mazarrón FC will again hold weekly meetings and new members or guests are very welcome. Social meetings take place every Thursday at The Club House, Camposol C at 4pm.  Business meetings are held on the last Thursday of each month when only members are allowed to attend. Membership is €20 with numerous discounts available on most social events and coach travel to away games. Please email