Due to printing deadline restrictions, we do not know the outcome of Mazarrón FC’s Tercera Division Play-Off Semi-Final against Lorca Deportiva. The game was played behind closed doors at the Pinatar Arena on Saturday 18th July with the final the following weekend against either Atletico Pulpileno or Mar Menor CF. 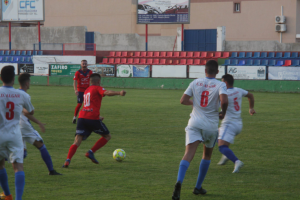 Although no spectators were allowed at the Pinatar Arena, Los Amigos de Mazarrón FC made arrangements for the game to be screened live at Alley Palais, Camposol B at the late kick off time of 9pm. Mazarrón FC played three friendly games in preparation for the semi-final with varying degrees of success, The first was against CD Algar which they lost 1-0, but a goal from Borja Mir gave them a win by the same score against Intercity Alicante. The final game was against superior opposition, CD Alcoyano and Mazarrón were beaten 4-1 with Dani Barellis scoring for Mazarrón. 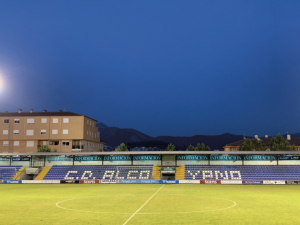 Lorca Deportiva finished at the top of the league, but Mazarrón took comfort from the fact that they were one of the few teams to defeat Lorca earlier in the regular season, winning 2-1 at home with goals from Musoni and Dani Morales. Whatever the outcome, it has been a great season for Mazarrón, only their second back in the Tercera Division and the club has made further significant strides forward. Although Mazarrón will be without the suspended Andreo, Nacho and Angel Lopez and the injured Adrian Campoy and Pablo Serrano, there is still sufficient strength in depth in the squad to give a good account of themselves. 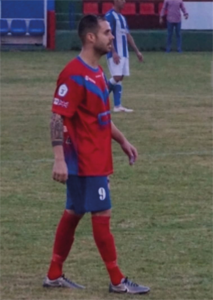 Mazarrón’s record when the playing season was curtailed early in March was P28 W16 D6 L6 F44 A32 – Pts 54. Nacho topped the appearance charts, playing 23 games with one as substitute, closely followed by Josema with 23, Dani Morales with 22 plus 4 substitute, Alvaro Gonazales with 21 and Asensio with 20 plus 4 substitute. In total 30 different players appeared at one stage or another in Mazarrón games.

Goals were often hard to come by, but Dani Barellis led the scoring charts with 8 followed by Dani Morales with 6. Asensio had 5 to his name and Musoni, who was only with the Club for a short spell, had 4. The other 15 goals were divided between eight players and own goals.

After much deliberation we have decided to cancel the 2020 Los Amigos de Mazarrón FC Gala Dinner, because of the Covid-19 outbreak.

• People may still be reluctant to attend large gatherings especially those whereby social distancing may not be achievable.

• The risk of another second wave of the virus.

• Many attendees normally enjoy the whole day at the hotel.

• Alternative venues would have involved coach transport to and from Camposol with no hotel rooms available.

1. Leave monies already paid to us for tickets/hotel rooms.

2. Please keep your tickets as they will be valid next year. (All monies previously paid are in our bank).  If you want to request a refund please email pamada.1130@yahoo.co.uk  or salterkb@hotmail.com

We have also reluctantly decided to postpone the planned trip to Calpe on 12thth October.

We had insufficient interest to make the trip viable, but we are keen to re-introduce the outing in Spring 2021 and will announce details of this as soon as possible.

As we have not had any meetings or football for a few months we have decided to delay the renewals (usually 1st August) to 1st January 2021. If anybody, who is not a current member, wishes to join before this date their membership will expire 31st Dec 2021.

We have also decided to postpone this (date to be decided). 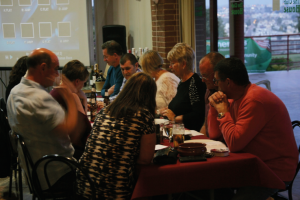 Doors open at 6.30pm with the first race at 7pm. Local entertainer Sharna Knight will be MC for the evening and she will hopefully entertain us with her music at the conclusion of the racing.

People who bought tickets for the postponed Race Night at the Golf Club on March 28th should retain these tickets as they will be valid for the new date.

New tickets – €8 for Los Amigos members and €10 for non-members which includes supper.